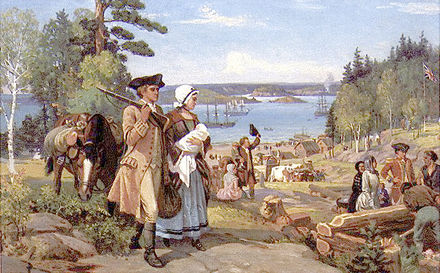 Right now I’m working on a historical fiction based on a true story—the remarkable true story of Ann MacLean.  But I wouldn’t have even heard of Ann if it weren’t for another Loyalist who lived at the refugee camp at Machiche with her—my five times great grandfather Josiah Cass.

As the founder of a prolific family in Canada, Josiah’s life is pretty well documented for his time.  At the time of his birth in 1738, his family had already been in New England for nearly a century.  He was the youngest of 10 children, fatherless from the tender age of 4, but still he made a name for himself in the colony of Connecticut.  By the time he was 22 he earned bachelor’s and master’s degrees at Yale College, practiced law in Hartford, owned 340 acres of land, and married Mercy Pomeroy, with whom he eventually had 6 children.

He was well on his way to a comfortable life, but in 1776 everything changed.

War broke out in the colonies.  Josiah left his young family and joined The Queen’s Loyal Rangers.  After a devastating loss in Bennington, Vermont, Josiah received permission to escape with his family to Canada.

By all accounts the journey overland was gruelling and dangerous.  Patriots often set ambushes and winter quickly approached.  Josiah and his family spent the winter at a frontier post, probably Cataraqui (modern-day Kingston) as this was where his sixth child, Daniel, was born in January of 1778. 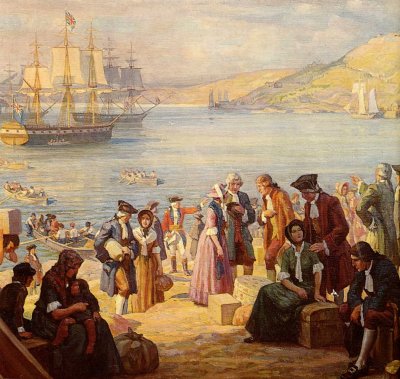 In September they arrived in Machiche with a number of other Loyalists, where Josiah became a school teacher for the refugee children.  He was probably one of few men educated enough to do so.  Although he was promised a salary, he barely received it.  Rations were short, and disease was rampant in the camp.

Shortly after, Josiah’s eldest three sons, Josiah Jr., Joseph Pomeroy, and Elihu—aged 17, 14, and 12 at the time of their arrival at Machiche—enlisted with Sir John Johnston’s Royal Regiment as drummer boys, where they served until the end of the war in 1783.

Tragedy struck while the boys were gone.  Mercy Cass succumbed to illness and died in 1781, leaving Josiah with two dependent daughters and a three-year-old son.

But despite the hardship and loss in the refugee camp at Machiche, there was hope as well.  It was there that Josiah crossed paths with a young lieutenant’s widow named Ann McIntyre.

Josiah went on to found two large farms, become a justice of the peace in Upper Canada, and have a town named for him: Cassburn, Ontario.