We all know what a martyr is, right?  Someone who dies for their faith, like the millions of heroes who have died rather than renounce the name of Jesus Christ.

But did you know that in the Celtic Church there were two other kinds of martyrdom that don’t involve bloodshed?  I first encountered this interesting fact when I was researching for Book 3 of Daughters of Alba.

The word Martyr comes from the Greek word for “witness”, but has since come to connote something of a sacrifice.  Although dying for Christ is the ultimate sacrifice, there are other ways according to the Celtic tradition.

This is the one we know.  Death.  Red is an obvious label for this one.

The Irish monastic tradition stemmed from this idea.  Christians wanting to connect on a deeper level with Christ would dedicate part of all of their lives to living alone in a solitary place.  This might be your stereotypical life-long hermit, or someone taking a spiritual retreat.  But the green martyrdom was a way to sacrifice when lives were no longer in danger.

St. Columcille is credited with the origin of this term, but he was by no means the first “white martyr”.  When he chose to sail across the Irish Sea to Iona to share the gospel with the Pictish people of modern-day Scotland, he was making a sacrifice in penance for a horrific massacre.  Plenty of people to this day sacrifice their lives to travel to a distant land and share the gospel out of a motivation of love.  Nowadays we call them missionaries. 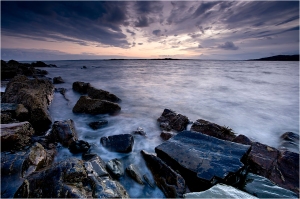 You might not be a Red, Green, or White martyr, but you can still be a witness wherever you are.  You can still give a sacrifice out of love for Christ.